Prints I – The Basics About 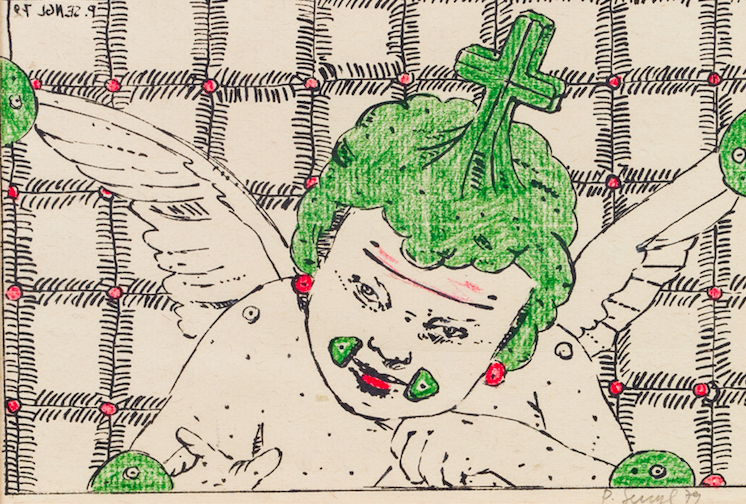 Although prints are not the highest form of art they play an important role on the today art market. Undoubtedly the highest results on the auction market are reached by paintings in oil closely followed by drawings.

But that doesn’t mean that purchasing a print shouldn’t be on the agenda.
More to the contrary, buying a print will always be the more affordable option of getting an artwork by the artist you appreciate.

Despite the fact that printing in general goes back to China in 220 AC the history of modern prints – what is of highest interest for me –  in Europe goes back to Japan of the 18th century. After the opening of Japan to the Western world, what was forced through the United States in 1853, the interest on Japanese prints among the Western world raised. Step by step works by Japanese artists came to Europe. On the World Fairs in London in 1862 and Paris in 1867 there were presented the first prints to the public and collectors as well as artists has been fascinated by this technique. The traditional technique coming from Japan is the colour woodcut. Artists of the Paris of the early 20th century, like Henri de Toulouse-Lautrec or Vincent van Gogh, adapted the technique and laid the foundation for European printmaking. Until today artists are experimenting with the opportunities of printmaking.

These are the most known techniques of printmaking: This method is one of the oldest. The first woodcuts were made in China around 220 AC. In Europe this method came up later around 1400 AC.
The artist cuts his motifs into the surface of a wood plate. The result is an relief. The parts the artist wishes to stay are leaved out – they will be printed in the later process. After this the artist brings ink on the not carved parts of the plate and is then able to print on a sheet of paper.

The Rhinoceros by Albrecht Dürer has been the highest result in an auction for a woodcut. It reached a hammer price of EUR 535,000 (excl. buyer’s premium) in 2013. This method is very similar to the woodcut. Instead of a wood plate the artist uses a linoleum plate to carve the motif in. The most known artist for linocuts is the Spanish painter Pablo Picasso. He not only created mono-coloured linocuts, but also invented a method in 1952 to use more colours with only one plate. The so called ‚reduction‘ method basically started with the carved plate with the lightest colour. After this step the artist ‚reduced‘ the plate more and more by carving and uses other colours of ink. The result is a colourful linocut out of just one plate. The method of etching differs enormously from making a woodcut or linocut. A copper plate will be covered with a waxy ground. After this the engraver can start to scratch into the plate, where he wants the line to appear. When the artist finishes his work of engraving his motif in to the plate, he will put the plate into a bath of acid. The acid attacks the line on the metal plate and after that the plate will be cleaned from the wax. The plate now is ready to print. With an ink roller the plate will be inked, the ink falls into the acid attacked lines. With the help of an printing press the ink comes from the plate on to a sheet of paper. After several prints the plate may degrade, but it is possible to re-work the lines. This is why there are sometimes more than one state of an etching.

The technique of engraving goes back to the goldsmiths of the Middle Ages, but the first fine art engravings start around the 15th century.
The Dutch Rembrandt van Rijn made engravings in a great quality. During the period of 1626 to 1665 he creates 300 etchings.

The highest price ever for an etching by Rembrandt has been reached in 1990. The hammer price for his Christ crucified between the two Thieves: The three Crosses has been EUR 955,000 (excl. buyer’s premium). An etching by the Norwegian artist Edvard Munch easily exceeded the result of the Rembrandt etching with a hammer price of EUR 2,160,000 (excl. buyer’s premium) at auction at Christie’s in 2013. The artist made the etching Young Woman on the Beach in 1896. There are only twelve impressions known from this motif. Most of them are located in public collections. The print sold at Sotheby’s was in property of the art historian Curt Glaser, who was forced to sell his collection by the Nazis. After the restitution to the heirs they gave the print to auction, where it has been successfully sold to an European collector. The process of lithograph was created in 1820. Basically this method uses the effect of the impossibility to mix water and oil. On a limestone the motif is drawn with crayon directly onto the stone. After that gum arabic is applied on the stone. The thin layer of gum arabic now sits on the surface of the stone. The left blank parts will be coated with nitric acid. The acid opens the pores of the stone and the gum arabic ingresses into. Then the stone is wiped with water – the printing ink will only stick on the parts with the drawing. With some pressure the drawing now comes on to a sheet of paper.
The method is very difficult for beginners therefore artists mostly engage professional printmaker to print their lithographs.

In 1999 the highest result for the lithograph Elles (Series 38) by Henri de Toulouse Lautrec has been reached. The hammer price was EUR 757,000 (excl. Buyer’s premium)

After this informative basics about the different methods of printing in the second part of this article you will find my tipps on what to focus at buying prints.