The Düsseldorf School of Painting: Self-marketing in the 19th Century 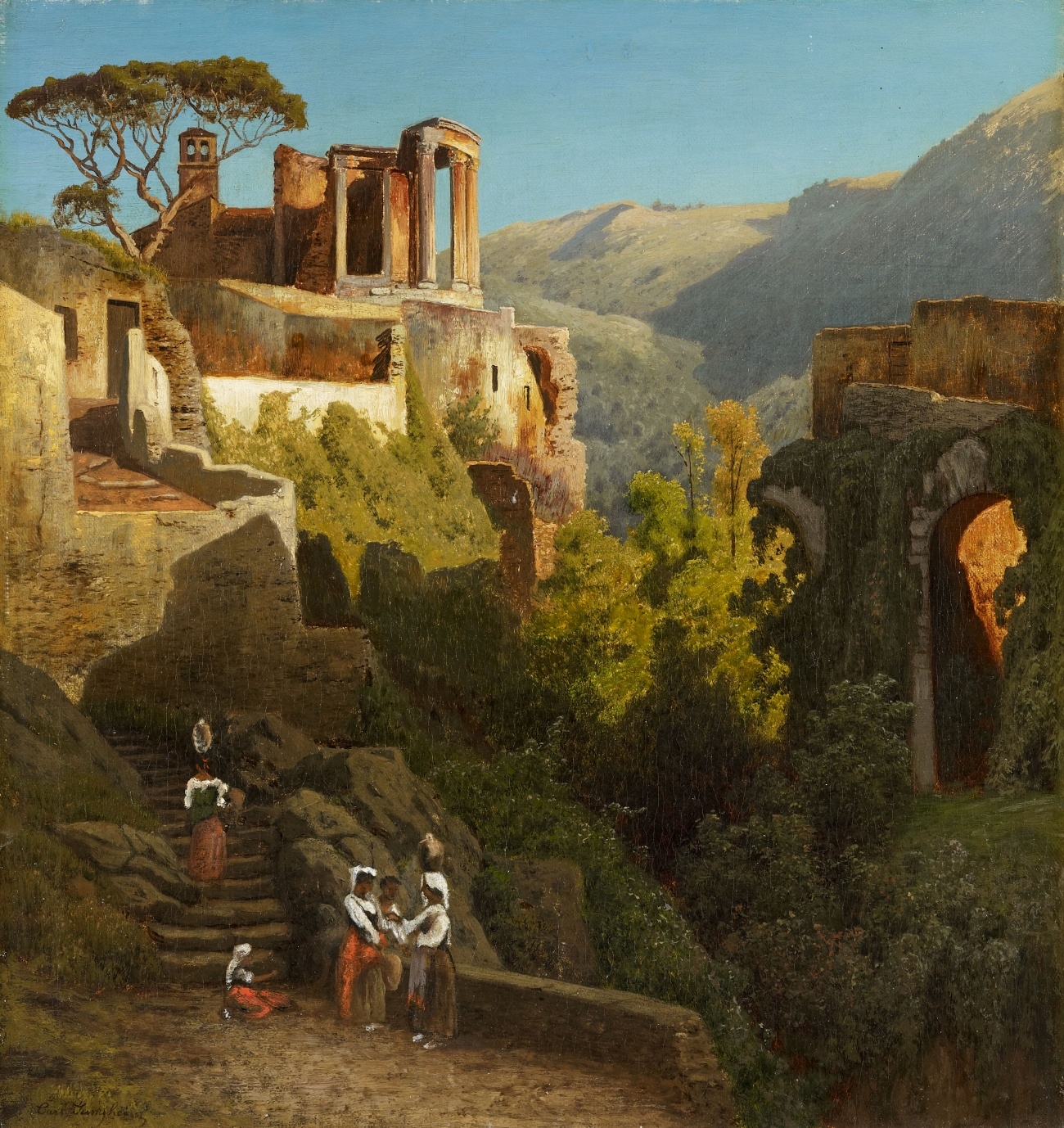 You might be just as surprised as I was when I have heard about the self-marketing of artists in the 19th century for the first time. It is obviously not necessarily just a phenomenon of our days. That the artists of the Düsseldorf school of painting were very inventive in finding ways of selling their works is not the only point, since it is further more of interest that there are similarities to marketing strategies of the 21st century.

So why is it the 19th century that was pioneering for the marketing strategies in the first place? The 19th century was characterized by the blossoming interest of the bourgeoisie in art. This leading members of the society built up artists associations, many exhibitions were held and the artists were benefiting from the rising demand in general. With this fact in mind, the professionality of the artists needed to rise as well.

Up from 1821 Prince Frederick of Prussia has been announced the Commandor of the 14th division, the Schloss Jägerhof became his residency during this era. This made Düsseldorf a residency of civil servants as well as of the aristocracy – no longer meaningless on the map and with a rising industrialization.
With the call of Wilhelm von Schadow as director of the Kunstakademie Düsseldorf in 1826 the city became more and more a metropolis of the art world. By hiring international teaching personnel von Schadow made Düsseldorf more attractive to international students. Although the Düsseldorf school of painting had many members – teachers and students – the focus has been on cooperation and network which had been fostered by von Schadow from the beginning up.

Corporation in producing and performing
One example of the strong bonding inside the academy has been the opportunity to rent a studio inside the building after finishing the years of study. For the artists that meant they could stay under the same roof. An especially advantageous aspect concerning their desired publicity and opportunities to get in contact with potential buyers.
This also led to a lack of space at the academy, but most of the artists endured this over years – they learned to work in a community in the first place. Furthermore working together and getting advises by the colleagues weren’t a sign of failure, quite to the contrary: mutual model sessions and working together on a single painting has been as important for the inner bondings as for the representation outwards.

Corporation in distribution
Another major role plays the marketing of the own works and also of the works of the colleagues. With the help of art dealers it was possible to show works to the public in specific show rooms – in the galleries. Sometimes the artists made collusions among each other with whom they wish to do business or not. But also among each other there were mutual selling activities. For example deciding the hanging of works in upcoming exhibitions or talking to potential buyers – what became more and more activities of the gallerists and art dealer during the century.

Corporation in communication
This point is more about the representation outwards. Beside the fact that the Düsseldorf school of painting has been a huge cooperation of artists, it was Wilhelm von Schadow who influenced also the wardrobe of the artists. He changed the appearance in a way that it was possible to attend festive events. That has been the key to get in contact with more potential buyers.
Also the common style of painting made the Düsseldorf school of painting a recognizable artists’s association. We could speak about a corporate identy.

Both building smaller associations with colleagues and the organization of feasts helped the artists to push their business forward. All this collaborations rightly reminds us of the medieval guilds, which had partly the same intentions some hundreds of years earlier.
But the Düsseldorf school of painting has been in contrast extraordinary professional, systematical and focused. An incomparably union of communication mechanism. Although this shown ways of corporations weren’t a guarantee for success indeed and several artists didn’t make it at being successful, this phenomenon of strong bondings inside an organization can’t be find quite often nowadays.

To have a closer critical look on this topic showed me the importance of bonding, loyalty and sincerity. Our artists today seem to be lost in opportunities – artists associations would be/or are helpful for both artists and collectors.
I think this had been an interesting glimpse into a theme from the 19th century, which is not that easy to make exciting in the first place. Due to the connection to my home town Düsseldorf it has been a special mission to me to underline the pioneer role of the Düsseldorf school of painting.